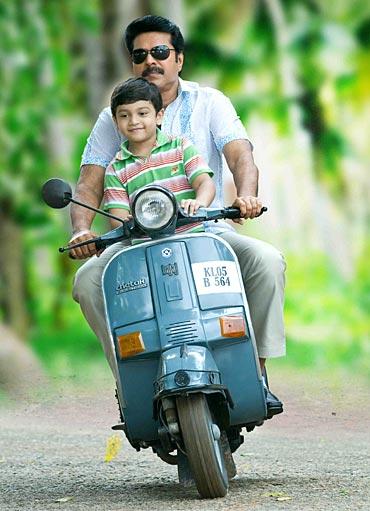 The first big Christmas release, Mega star Mammootty's new movie 'Best Actor' now on today December 9, in over 100 theaters . Mammootty's distribution company Play Houseis distributing the film. All Mammootty fans are thrilled his rocking performance in this film which is directed by Martin Prakkat. This is first directional venture of Martin Parakattu who is a famous fashion designer and script writer of this film. The first reports from theaters saying Mammootty is just rocking in this film which is light comedy entertainer. Along with Mammootty, Lal, Nedumudi Venu, Salim Kumar Vinayagan KPAC Lalitha and Sukumari are proved their strong presence in this film.

Mammootty performs as a school teacher, who dreams of becoming an actor and Kannada actress Sruthi Ramakrishna acts as a music teacher in the same school as well as Mammootty's wife. The film heroine Sruthi Ramakrishna's character is very compassionate of her husband's hard works to become an actor. There is also a special appearance from Actor Mr. Sreenivasan, who is an actor and director in a cruisial role in this film. Joseph and Naushad have produced it under the banner of Big Screen Cinemas and it has got nice melodious songs, which are composed by Bijibal. It is next comedy entertainer from "Mammukka"

The story of Best Actor

Mammootty's character is Mohan, is a U.P. school teacher who want to become an actor. He is very famous in School and best in teaching. He is a person who is giving enough care to his wife Savitri, who is a music teacher in the same School, and his son Unnikkuttan. But interest thing in the story is an earnest desire of Mohan, who has been popular in local dramas and preparing students to participate in youth festivals, to become an actor. Even though he is a good family man, his intense interest for becoming a best actor in the cinema enforced him to leave his family and jobs. 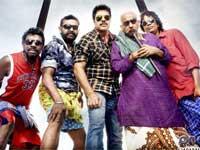