For twenty years K Babu is the MLA for Tripunithura. Now K Babu became minister of Kerala for the first time. Babu reach this level by defeating many important politicians.

K Babu was born in 2 June 1951 as a son of K.Kumaran and Ponnamma. Later Babu married Geetha who is the son of Advt. K.N Velayudhan and they have two children Athira and Aishyarya and lives near Tripunithura Sanskrit college. 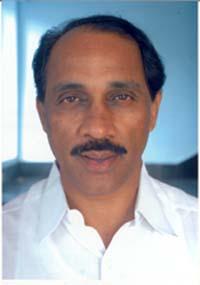 K Babu was a football player during his school and college life. He plays as a stopper back in football and expected to do the same duty in ministry which have only slight majority. He was the president of district football association.

K Babu came in Kerala assembly for the first time in 1991. At that time Tripunithura constituency was in the hands of communist for many years. But K Babu creates history be defeating the big leader M.M Laurence with 4946 votes. Then onwards Tripunithura has only one MLA who is none other than K.Babu. He became MLA from Tripunithura in the years 1991, 1996, 2001, 2006 and 2011. Due to changes in Tripunithura constituency it is expected that the constituency will go towards LDF but these changes have not touched Babu and defeated C. M. Dinesh Mani of CPI(M) with 15778 votes.