K.P Mohanan is the politician of Kerala who become MLA for 3 times and presently he is the agricultural minister of Kerala.

K.P Mohanan is the son of prominent leader and ex-MLA P.R Kurup. He loves sports after politics. K.P Mohanan has completed his pre-degree and 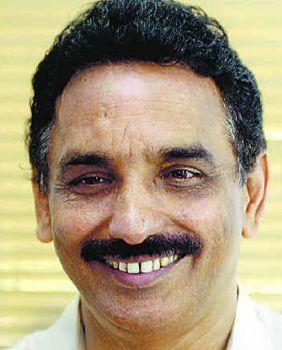 aeronautical engineering diploma. His wife name is Hemaja and his son is an engineer who is working abroad. His twin daughters Rajila and Ramila is doing MCA in Karnataka.

When K.P Mohanan walks into politics he has only one identity "Son of P.K Kurup". But later Mohanan was able to make his own name in Kerala politics. K.P Mohanan become the MLA of peringalam in the year 2001 and 2006 in the board of LDF. Then K.P Mohan leaves LDF along with Virendra Kumar and competed in Kuthuparamba constituency in Kerala assembly election 2011. Mohan defeated LDF independent candidate S.A Puthiyavalappil with 3303 votes. Then K.P Mohanan became the agricultural minister of Kerala in Oommen Chandy ministry 2011. He is also the state parliamentary board president and state committee member of Socialist Janatha party.