K.C Joseph is a politician who works for congress. He has became MLA for seven times and now he is fisheries and registration minister. 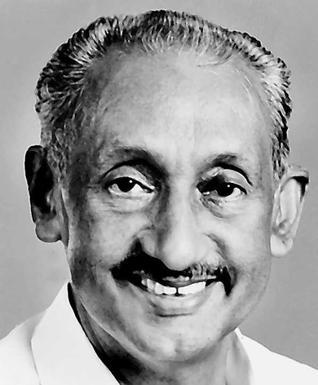 K.C Joseph is the son of K.M Chako who was Muttar panchayath member. He completed MLA and LLB degree. He married Sara Joseph who is manager of Punjab national bank. Their children are Sheru Joseph, Ashok Joseph and Ranju Joseph.

K.C Joseph comes in politics through congress students wing Kerala Students Union (KSU). He was vice president of KSU when Oommen Chandy is the state president. The relation between them grows during this time and K.C Joseph is able to keep a deep relation with Oommen Chandy in future. Then he became the KSU state secretary. In the following years K.C Joseph reach the positions like NSU general secretary and youth congress state president. In 1982, K.C Joseph became the MLA for the first time. For his first election he defeated S.K Madhavan of Janatha party. K.C Joseph selected Irikkur constituency for its first competition even though he is a Kottayam citizen. Then onwards K.C Joseph has never experienced the bitter taste of defeat.

As a senior congress member K.C Joseph then reach the positions like Congress assembly secretary, chief parliamentary affairs minister, Kottayam DCC president, AICC member. In Kerala assembly election 2011 K.C Joseph became the MLA for the seventh time. As a MLA K.C Joseph is able to bring many development to his constituency Irikkur.

In Kerala assembly election 2011 K.C Joseph became the MLA of Irikkur for seventh time and defeated P Santhosh Kumar of LDF with 11757 votes.