A.P Anil Kumar is a politician from Kerala who serves for Congress party. He has become three time MLA in Wandoor constituency and two times minister. At present A.P Anil Kumar is the minister of tourism and schedule cast welfare.

A.P Anil Kumar born as a son of A.P Balan and K.L Devaki on 15th March 1965. Later he married Praseeja and have two sons Arjun and Amal. A.P Anil 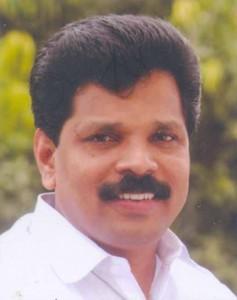 Kumar has completed his B.A degree. He is one of the young blooded congress politician.

A.P Anil Kumar came in politics through Congress students wing Kerala Students Union and was unit president in 1979. He came in Kerala legislative assembly for the first time in 2001 from Wandoor constituency. Later in 2004 Anil Kumar became the minister of Oommen Chandy ministry with portfolios social, cultural and youth affairs. He became MLA from Wandoor constituency in 2006 also.

In Kerala assembly election 2011 A.P Anil Kumar wins from Wandoor constituency with a very good lead of 29189 votes by defeating V.Ramesan of LDF. Now he is minister of tourism and schedule cast welfare in Oommen Chandy ministry 2011.