Aryadan Muhammed is a politician from Kerala who serves for Congress party. He have become MLA of Nilambur for eight times and minister for four times. At present Aryadan Muhammed is the Minister of electricity in Kerala of Oommen Chandy ministry 2011. 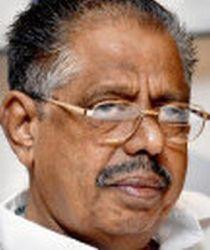 Nilambur on 15 May 1935. He married Mariyumma and their children are Ansar Beegam, Shoukhath, Khadija and Dr. Riyas Ali. Shoukhath is Nilambur municipality chairman.

Aryadan was interested in politics in his early age and started his political life when he was in high school. Aryadan become active in politics through trade unions. He was DCC secretary of Kozhikode from 1956 to 1969. After forming Malappuram district on 1969 he was the DCC president of Malappuram till 1978. On 1982 Aryadan Muhammed became the KPCC secretary. He become MLA in the years 1977, 1980, 1987, 1991, 1996, and 2001.

Election history of Aryadan Muhammed starts from 1965. At the age of 30 he compete with CPIM candidate Kunjali, but he cannot win in this election. In 1967 the same thing happens. Then in 1977 he came to Kerala legislative assembly for the first time. He repeated this in 1980 bi-election by winning with a heavy lead of 17841 votes. But in 1982 Aryadan Mohammed lost to T.K Hamsa with 1566 votes. But after this Aryadan Muhammed have never experienced the bitter taste of defeat. He become MLA from Nilambur constituency in all elections from 1987. He also become minister of Kerala several times. He was the minister of Labour and Forest in E.K Nayanar ministry, Labour and Tourism in A. K. Antony ministry and minister for power in Oommen Chandy Ministry.