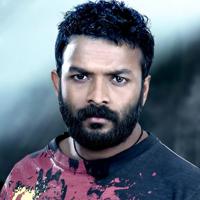 Pathiramanal is an upcoming Malayalam movie which will be released in the year 2011. The date of its release has not yet been finalised. The movie initially had the young superstar Prithviraj in the lead role but the latest news is that he has been replaced by the rising star of Mollywood, Jayasurya. Pathiramanal is being directed by M Padmakumar for the script which was written by Babu Janardhanan. Rima Kallingal has been roped in as the heroine of this film whereas Kalabhavan Mani is the villain in the film. It is an action filled movie where the story revolves around the aspect of revenge. If the movie succeeds, it will earn Jayasurya the title of an action hero. The supporting cast of Pathiramanal includes Nedumudi Venu, Salim Kumar, Suraj Venjaramoodu, Murali and many more.

The story of Pathiramanal is centred around revenge. There is a private financer named Jeevan (Jayasurya) who lives in a hill station with his mother. During his childhood, his mother had gone through the torture of being raped by a police constable (Kalabhavan Mani) after which she became mentally ill. The rape resulted in impregnating his mother and she gave birth to a baby girl. Jeevan despises the baby girl from the time she was born. The rest of the story lies in how Jeevan tries to take revenge on the constable for this incident after he grows up. The constable stays in Pathiramanal which is a place near Alappuzha district. It is in this place that Jeevan meets the constable's daughter Sara (Rima Kallingal). It is only a long time that Jeevan realises that Sara is the constable's daughter. Kalabhavan Mani plays the villain in this movie. The audience can expect a lot of drama and tragedy, so before watching the movie it is better to keep your handkerchief's ready with you. 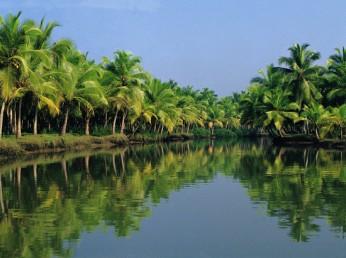 The shooting for Pathiramanal started in March 2011 at Alappuzha and the financial aspects have been taken care of by Dhanush Productions. Prithviraj himself opted out of the movie as he was not able to give enough dates for its shooting. He already has almost 5 films to be completed as of yet. Director M Padmakumar is famous for his Malayalam film Vaasthavam, which was also scripted by Babu Janardhanan and had Prithviraj in the lead role. Prithviraj also won the Kerala State Film Awards for Best actor in Vaasthavam. Some of his other films are Ammakilikkoodu, 'Nostalgia' in Kerala café and Shikar - The Hunt. Pathiramanal also has the Tamil star Samuthirakani in the second lead with a pivotal role. It remains to be seen whether rejecting this movie will become a great loss for Prithviraj.

The name Pathiramanal refers to a small island which is located on the border of Kottayam-Alappuzha district in the state of Kerala. Pathiramanal means 'sands of night'. The shooting of Pathiramanal is taking place are Alappuzha so the audience can expect a good portrayal of the scenic beauty of the lakes of the island which is mesmerising.