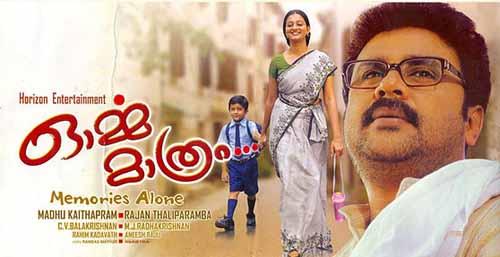 Orma Mathram is one of the latest Malayalam movies which is slated to be released on May 15th 2011. The film has been directed by a very promising young director, Madhu Kaithapram. He has already won many awards for his films such as Ekantham and Madhyavenal. After acting in many masala entertainers such as Pappy Appacha and Christian Brothers, Dileep is back to enact a realistic character in Orma Mathram. Dileep is the main lead in the film and his heroine will be Priyanka Nair who will also be seen in a very promising role. 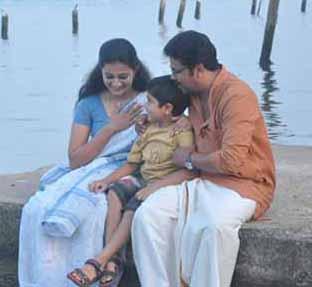 Orma Mathram is a serious film which tells a very relatable story and one which would be close to everyone's life. The main part of the shooting for this film has been done in Fort Kochi. Dileep portrays the role of Ajayan who is a clerk at a lawyer's office. The lawyer's role is played by Jagathy Sreekumar by the name of Warrier Vakkeel. Like any layman, Ajayan too struggles to manage his expenses and tries to bargain at any possible place. Though he has few financial troubles, he is still a very happy married man who lives with his wife Safiya (Priyanka Nair) and son Deepu (Master Sidharth). His marriage to Safiya is an intercaste marriage. Unfortunately, the couple's happiness is limited and their life comes to a complete halt when their son goes missing following a bomb blast in a market. The story revolves around the father's search for his son and also how the boy's mysterious absence saddens and affects the family and society.

Though the story of Orma Mathram sounds like any ordinary family film, the script-writer has made full efforts to bring a new aspect to this common theme. The story will also be told in a very realistic manner and will prove to be a thought-provoking film for the viewers. The music for Orma Mathram has been composed by Kaithapram Vishwanath and the lyrics have been penned by veteran Kaithaprom Damodaran Namboodiri. The supporting cast of Orma Mathram includes Nedumudi Venu, Dhanya Mary Varghese, Jagathy Sreekumar, Harisree Asokan, Manoj K Jayan, Master Sidharth, Lalu Alex, Edavela Babu, Tiny Tom, Jayaraj Warrier and Kalabhavan Shajon. The award winning MJ Radhakrishnan will set up the camera for Orma Mathram.