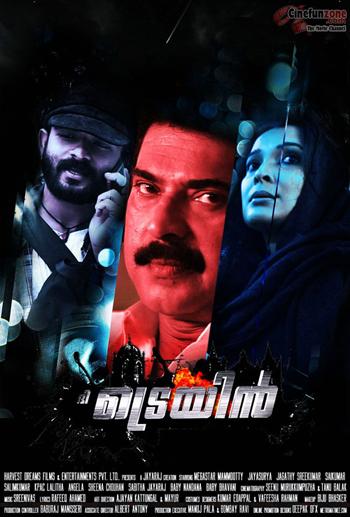 The new Malayalam film to be released The Train will show the veteran Mammotty as a police officer in the anti-terrorist wing of Maharastra Police. The theme of the story lies on the lives of the Malayalees who were affected by the Mumbai Suburban train bomb blasts in July 2006. The bombings had taken place within a period of 11 minutes on the Suburban railway in Mumbai. The film is a fully action-oriented one with Jayasurya also playing a very important role. After the success of the movie 'Loudspeaker', this is the second time that Jayaraj and Mammotty have come together with a new movie. There is news that the movie will also be made at the same time in Tamil and Hindi. The shooting of the film took place in various locations of Mumbai such as Victoria Terminal and Nariman point, the places most affected by the bomb blasts.

Supporting cast and story of The Train

Sheena chauhan will be playing the female lead in this film. The movie will surely be a treat for Mammotty fans. The music of the film is also given a lot of importance and are expected to top the charts in Malayalam songs. The film is scheduled to release on May 20th 2011. The Train was initially titled as 'Track' with the famous music composer A.R Rahman doing a cameo role but eventually he opted out of the film. Mammotty's character is named as Kedarnath. The director says that Mammotty's character has a resemblance to the late ATS chief Hemant Karkare who had lost his life during the November 26th, 2008 terror attacks in Mumbai. Jayasurya plays the role of Karthik who is portrayed as a track singer. He is in love with a girl and the couple had planned to meet each other on the ill-fated day that the blasts took place. Karthik boards the train with a lot of dreams in his heart. Jagathy plays the role of a corrupt police officer and Saikumar essays the role of a cyber-cell officer. Other supporting cast in this film who also have important roles are K.P.A.C Lalitha, Sabitha Jayaraj, Salimkumar and Aanchal Sabarwal. 'The Train' is surely going to be an interesting film with a real-life incident and a lot of scope to show the human realm in a natural way.