Aneez Niyaz is an upcoming actor in the Malayalam movie industry. He made his acting debut in the Malayalam movie Puthumukhangal. Later on, he featured in a movies Sevenes, Run Baby Run. He is primarily concentrating his work in Mollywood. Of late, he will be appearing in the Tamil movie industry as a villain. The Tamil film in which he will be appearing was Kaanagam. He has also appeared in a Kollywood movie. He is said to have signed up for another upcoming Tamil movie . 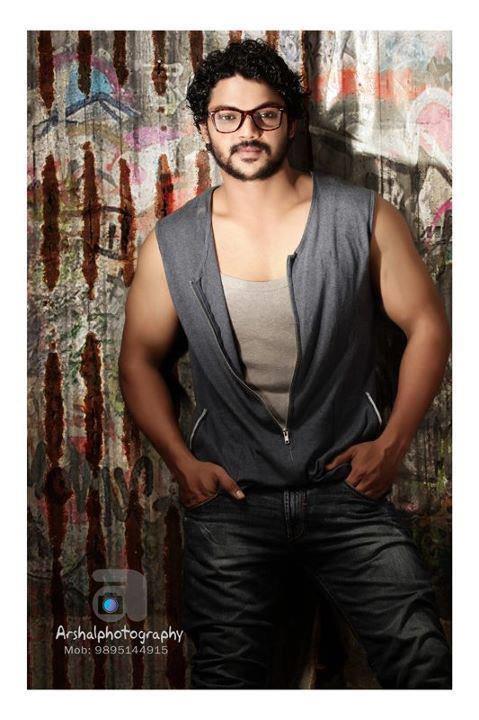 Aneez Niyaz was born in a small village hamlet in Kerala. He had his formal education in a reputed school near his birthplace. Later, he was transferred to a reputed higher secondary school where he completed his higher secondary certification exam successfully. During his years in higher secondary school, he was involved in extra-curricular activities such as acting, school politics, etc. That was the time he horned up his skills in acting. After passing the higher secondary exam, Aneez joined a junior college nearby to pursue his plus two course. There also he continued his acting in mime, ballet and dramas made by his friends and peers. By this time, some of his performances started getting appreciations from local circles.

All along, Aneez Niyaz never allowed his extra-curricular activities come against his education. Despite of being an active participant in various arts and cultural programs, he continued his education with devotion and apt attention. As a result of this, he could come out with flying colors in his plus two examination. He later joined in a reputed degree college to pursue his degree course. As before, Aneez continued his same old ways of getting actively involved in extra-curricular activities, without affecting his studies. During this time, he heard about an audition being done at a nearby place for recruiting an actor for a new movie project of a reputed director. He and his friends visited the audition venue and gave their best performances. Luckily, he could only win the audition test. He got the offer on the spot itself.

After the acting audition, Aneez Niyaz was given the spot offer to act in an upcoming Malayalam movie titled Puthumukhangal. In this movie, the film directors Don Alex and Biju Majeed showed the guts to line up new comers in lead roles. The actors or artists who shared the silver screen with him include Amal, Saikumar, Suraj Venjaramoodu, Lalu Alex, Harisree Asokan, Sandeep Menon, Bijukuttan, Ranjitha, Geetha Vijayan, etc. The film was released on a limited basis on December 31, 2010. It was later released on a wider basis in the month of March in the subsequent year. The film did not make any moment at the Box Office and it went unnoticed. The music of the film was scored by Shyam Dharman and Rajesh Krishna.

The next film in which Aneez Niyaz was featured was Sevenes. This film was directed by the movie maker Joshiy. The film centered around seven young men who are passionate about sevens football, a variant of a football game played in the Malabar region of North Kerala. The film was primarily shot in Calicut city. In this film, Aneez featured along with the actors like Kunchacko Boban, Nivin Pauly, Asif Ali, Naida Moidu, Renjith Menon, Bhama and Rima Kallingal. In this film, Bhama and Kunchacko Boban donned the lead roles. The film made a huge impact at the Box office and the people of the state received the theme of the film with both hands open. Through this film, Kunchacko Boban showed the people in the film industry that he can handle the action roles also. The music of the film was scored by Bijbal. After the success of this movie, Aneez's contribution to the film was noticed. As a result of this, he started getting more offers from other reputed directors in the industry who wanted to experiment with this acting skills in their movies.

The third movie in which Aneez Niyz acted was Run Baby Run. It was a comedy thriller movie released in the year 2012. The film was directed by Joshiy. The film was produced by Milan Jaleel under the banner of Galaxy Films. The cinematography was done by R.D. Rajashekar. In this film, he co-starred with megastar Mohanlal and Amala Paul. The film featured Mohanlal and Amala Paul in lead roles. The film was released worldwide on August 29, 2012 to a positive response from the viewers and film critics. The film collected a whopping sum of Rs. 1.1 crores on the first day of its release. A total of Rs. 16 crores was collected worldwide in the first weekend. Hence, the film was declared as a huge commercial hit at the Box office of the state.

Of late, Aneez Niyaz has forayed into the Tamil movie industry or Kollywood when he got an offer to act in an upcoming movie as a villain. The film in which he will be acting as a villain is Kaanagam. The director of the movie is Maarmani. The music of the film was scored by Sriram. The scenes of the film will be captured through the lens of the cameraman Shyam. In this film, Aneez shares silver screen with Anu Haasan. This film is a thriller that talks about the story of three men and a woman. Aneez enacts the role of one of three men who chases this girl in this movie. This film is expected to get released in the second half of the year 2014. After the back-to-back success of two Malayalam movies, he has got another offer to act in a Tamil movie in the pipeline. The details of this movie are not yet made public. After the finalization of the script and scheduling of the shooting of this movie, he will be signing up with the movie director to formally join the crew.

Aneez Niyaz is an upcoming actor in the Mollywood. He nourished his acting talents right from the childhood and hoped to become a successful actor one day. For this purpose, he began to take an active interest in cultural activities around him. He primarily concentrates on his acting in Malayalam movies at present. Of late, he has forayed into the Tamil movie industry when he got an offer to act in a Tamil movie as a villain. He made his acting debut through the Malayalam movie Puthumukhangal. This film was not a success at the Box Office. He later on featured in the films such as Sevenes and Run Baby Run. These two movies were huge hit at the Box Office. The movie viewers of the state welcomed these two films with the open heart. The film critics of the state opined high of these movies and rated them good. The shooting of his maiden Tamil movie is going on nicely at the shooting location. This film is named as Kaanagam. The film is expected to hit the screen in the year 2014. He has got another offer from the Tamil movie industry up his sleeves. He has also got few offers from the reputed directors of the Mollywood. The details of these movies are awaited.