Archana Suseelan is an upcoming cine artist in the South Indian film industry. She has acted in Malayalam and Tamil language films. The first Malayalam film in which she acted was Karyasthan. This film was released in the year 2010. The first Tamil film in which she featured was Tholaipesi. Currently, she is active in the Television industry. She is acting in Malayalam and Tamil serials. She had also featured in a music album titled Yennum Ninakkaye Paadam. The popular TV serials in which she acted include Punar Janmam and Ente Maanasa Puthri. She is getting married to Manoj Yadav on February 22, 2014. 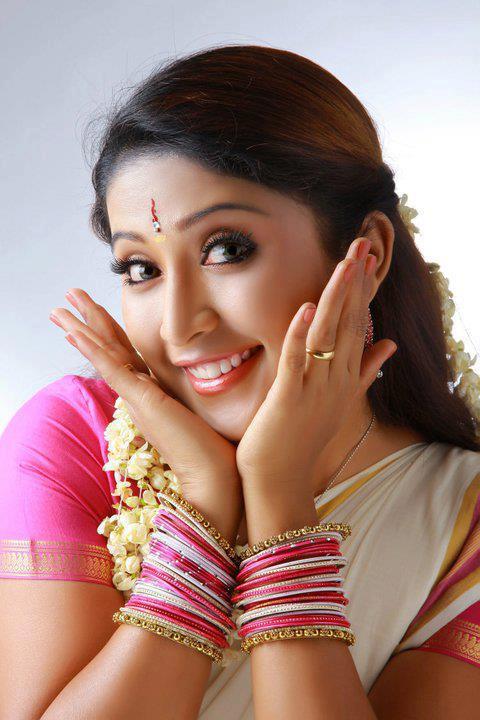 Archana Suseelan was born in the year 1989. She was born into a half Malayalee family settled outside Kerala. She had her formal education in her place of birth. Right from her childhood days, she used to show keen interest in acting. During those days, she participated in various competitions taking place inside the school premises. After successfully completing her formal education, she was put in a reputed higher secondary school. There also she continued to find an outlet for her artistic skills. Because of her acting skills, her teachers and peers held her in high esteem and looked at her as a source of inspiration. Despite her busy schedule, she could study well and earned a distinction.

With the completion of the higher secondary examination, Archana Suseelan joined a local junior college to study for the plus two course. She did well in the plus two course and came out with distinction. While studying for the plus two course, she was busy with her extra-curricular activities. Later, she joined a degree course at a reputed college in the city. By this time, she was able to spread a word about her acting in a closed circle of her friends and relatives. When she was studying for her degree course, she happened to hear about an audition taking place in a hotel near her place of residence. She decided to visit the venue with her friends after she came to know that the audition was being done to select a female artist for an upcoming serial. In the audition test that followed, she did well and bagged an offer to act in an upcoming serial.


Archana Suseelan was in the news and limelight for her association with a Delhi-based businessman by the name Manoj Yadav. She was engaged in love with him for over nine years. In the initial period, the noted serial actress sought to play down the story as an unfounded gossip and termed this story as a figment of imagination of the media. But media persons pursued her case more vigorously and sought to bring the story up time and again. She remained mum on this development. All this while, the man in question distanced himself from this controversy. Late in the year 2013, Archana Suseelan gave a media statement that she was indeed engaged with Manoj Yadav for over nine years. She went a step further saying that she and her fiancée have decided to solemnize their relation into a marriage. She further told that she would be getting married Manoj Yadav in the month of February in the year 2014.

Another serial in which she acted or featured was Ente Manasa Puthri. This serial was aired by Asianet, another popular television in the state. In this television serial, she co-starred with Sona Nair, Beena Antony, Sreekala, Suma Jayaram, Jayan and Rajeev. This serial is the television adaptation of Punarjanmam, a work of K.K. Sudhakaran. The story revolves around two orphans – Gloria and Sophia – who have two different temperaments. The character of Sophia in this serial moved the heart of the television audience of the state. The plot of the serial was so hearty that the television audience in the state took the characters in their heart. This helped the serial earn a prime slot in Asianet television channel. She had also acted in a music album. The name of the music album was Ennum Ninakayi Paadam.

As her popularity rose through her acting in TV serials. Archana Suseelan's acting talent was noticed by the people in the movie industry. Many people in the Malayalam movie industry had come with offers to act in their projects that were being created by them. The first Malayalam language movie in which she featured was Karyasthan. In this movie, she did the supporting role. She co-starred with Dileep, Akhila, Madhu, Suraj Venjaramoodu, Salim Kumar, Biju Menon, Suresh Krishna, Janadanan, Harisree Asokan, etc. This film was Dileep's 100th film. The story and dialogue of this film was written by the duo of Udayakrishna and SIby K. Thomas. The film was directed by the debutante film maker Thomas K. Thomas. The film was produced by Neeta Anto under the banner of Aan Mega Media. The music of the movie was scored by Berny-Ignatius. The background music of this film was scored by Rajamani. This film was received by the people of the state with the whole heart. The film did well at the box office and became a huge commercial success. She had acted in other Malayalam movies in side roles.

Archana Suseelan did feature in another movie in the year 2007, a good three years before she got a break in the Malayalam movie industry. This film was a big flop as the plot could not be digested by the audience of Tamil Nadu. In this film, she shared the silver screen with Vikramaditya, Arathi, Priyanka Nair, Divya, etc. The film was written and directed by K. Panneer Selvam. The music of the film was scored by S. Santhakumar. The film had hit the screen on August 24, 2007. Apart from this movie, she also had acted in some of the Tamil movies in side roles.

Archana Suseelan is an upcoming actress in the Malayalam movie industry. Before her entry into the field of cinema, she was actively present in television media as an actress. She had acted in the Malayalam movie Karyasthan and Tamil movie Tholaipesi. The former film was a huge commercial success and the latter was a big flop at the box office. However, she had earned her rightful place in the minds of the television audience by acting in blockbuster serials like Punar Janmam and Ente Manasa Puthri. Her acting in the serial Ente Manasa Puthri had earned her a chance in acting in movies. She had also acted in a music album Yennum Ninakayi Paadam. In the year 2014, she is getting married to her long-term friend and fiancée Manoj Yadav. Their marriage would solemnized in the month of February in the year 2014.