Ansiba Hassan is an upcoming actress in the South Indian movie industry. She primarily concentrates on her acting in Tamil and Malayalam movie industries. In Mollywood, she made her debut in the Malayalam movie Drishyam. This film was released in the year 2013. She has also acted in another film by the name Little Superman. This film is slated to get released in the year 2014. The movie turned out to be a super duper hit at the box office of the state. She also had acted in her maiden Tamil language film titled Parangjothi. The Tamil film was directed by Gobu Balaji. 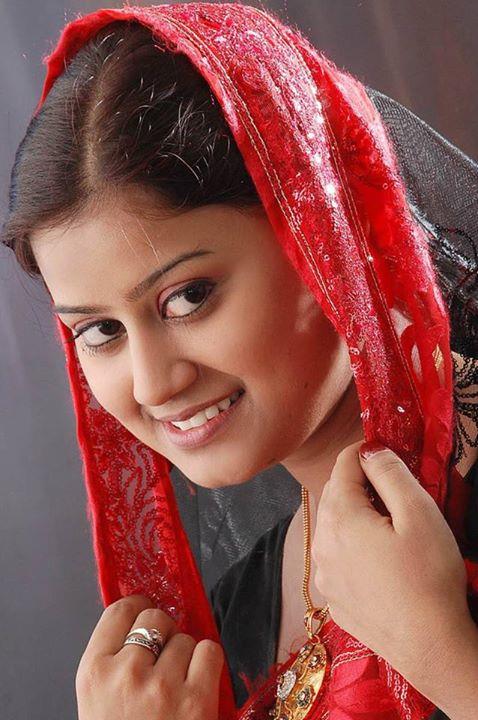 Ansiba Hassan was born on June 18, 1992 in a small village hamlet near Calicut in North Kerala. She was born into a wealthy Muslim family settled in the region. She had her formal education in a reputed school in Calicut city. After completing the formal education, her parents put her in a reputed higher secondary school so that she gets a quality education. During her secondary school days, she actively participated in various cultural activities organized in her school. It included her participation in the dramas, dance drama, dance and mono act. She later recollected that her participation in school events enabled her to learn the basics of acting. Though she participated in cultural activities, it never stopped her from studying well. Hence, she could judiciously allocate her time for both the studies and acting.

As a result of her hard work in her studies, Ansiba Hassan passed her higher secondary examination with distinction. After her higher secondary examination, she joined a junior college in the city to do her plus two course. There also she continued her extra-curricular activities by participating in various cultural events. Despite of this, she was an astute learner and picked up her lessons well. Her peers at the junior college held her in high esteem and talk big about her. She did well in the plus two exams and came up with good grades. After successfully completing her plus two course, she joined a reputed degree college to do her course in literature. When she was about to finish her degree course, she happened to participate in an audition near her birthplace. The audition was taking place to select a heroine for an upcoming movie. Luckily, she cleared the audition test to bag an offer to act in a Tamil movie.

The clearing of an audition test earned Ansiba Hassan a coveted opportunity to act in an upcoming Tamil movie. The movie was Parangjothi. This movie was released in the year 2013. The director of the movie was Gobu Balaji. The producer of the film was N. Lachumanan. In this movie, she shared the silver screen with Sarathy and Kanja Karuppu. The movie evoked mixed response at the box office. According to the film critics, the film was a dampener, and it passed off without making much movement at the box office. However, her performance in the movie was noted by the people in the industry. She aspires to get more projects in the Tamil movie industry.

When she was acting in her maiden Tamil movie, Ansiba Hassan got her an offer to act in a Malayalam movie titled Drishyam. This film was written and directed by Jeethu Joseph. The producer of the film was Antony Perumbavoor. The movie was produced under the banner of Aashirvad Cinema. In this film, she co-starred with megastar Mohanlal and veteran actress Meena. This film music was composed by Anil Johnson and Vinu Thomas. The cinematography of the film was done by newcomer Sujith Vasudev. The film turned out to be a huge hit at the box office of the state. Within a week of its release, the movie collected about Rs. 6.70 crores and it crossed Rs. 10 crores mark by the eleventh day. Shortly after a month, it became the highest money making movie in the history of Malayalam cinema industry. After the success of the movie, its satellite rights were brought by Asianet, a popular entertainment channel in the state, for a whopping sum of Rs. 6.5 crores. The performance of Ansiba Hassan in this movie was noted by the big shots in the industry. In this movie, she donned the role of the daughter of a struggling farmer. She did the justice to the role that was allotted to her.

After the success of her maiden venture in Malayalam movie industry, Ansiba Hassan started getting a steady stream of offers from different movie directors and producers. She has another movie in her kitty. The movie's name is Little Superman. This is a fantasy movie directed by ace movie maker Vinayan. This film revolves around a boy who has superpowers. This is a 3-D thriller movie. In this movie, she will be acting alongside Denny, a debutante child artist, Bollywood superstar Jackie Shroff and veteran actor Madhu. According to the director, this movie will be remade in Tamil, Hindi, Telugu and English languages. The director further added that the success of his first 3-D movie Dracula made him to think about making a 3-D movie for the children. The director has shared a few words of praise for this young actress who is doing her third movie in a year or two.

Besides acting, Ansiba Hassan loves cooking, listening to music and reading books. During her leisure time, she wanted to be with her family members and close friends. She also loves dancing and music. She loves to perform dance before her family members and close friends. She likes wearing the traditional dresses like sarees, half sarees etc. However, she feels comfortable when she wears Salwar and Kameez, and pants and shirts. She loves shopping and moving out with friends to watch movies. During her free time in the movie shooting locations, she interacts with the senior artists to learn a few tricks about acting.

Ansiba Hassan is an upcoming actress in the South Indian movie industry. At present, she is concentrating on Malayalam and Tamil language films. She was born and brought up in Calicut district of North Kerala. During her school and college days, she was an active participator in cultural events. During this period, she honed up her skills in acting. She got her initial breakthrough in Tamil movie, when she happened to clear the audition hurdle. Later, she came back to her parent state for acting in her maiden Malayalam movie Drishyam. In this film, she co-starred with megastar Mohanlal and veteran actress Meena. The film was written and directed by Jeethu Joseph. The success of the movie helped her to come in the limelight. Thus, her acting talent began to be recognized by the big shots in the industry. As a result of this, she started getting offers from other big directors in the industry to act in their movies. Currently, she is busy with a new project. The film in which she is acting is named as Little Superman. This film is made as a 3-D fantasy movie. The film is slated to be released in the middle of 2014. The director of the film is Vinayan. She has also acted in a Tamil movie Paranjothi. This film was also released in the year 2013.