Jiya Irani is one of the upcoming actors in the Malayalam movie industry. He has primarily done the negative roles, especially that of the villains in the movies. Before his entry into the field of acting, he was busy with his assignments in the world of fashion. In the world of fashion, he has carved a niche for himself, and has become a successful model. Though he appears as a tough guy on screen, he is very soft and gentle off screen. He loves to be a bad guy on the screen. Though he does not have the knowledge of a camera, he also has a passion for photography. He does not want to be bogged down due to the lack of knowledge in photography. He is slowly learning the art of photography by taking snaps of different objects around him. 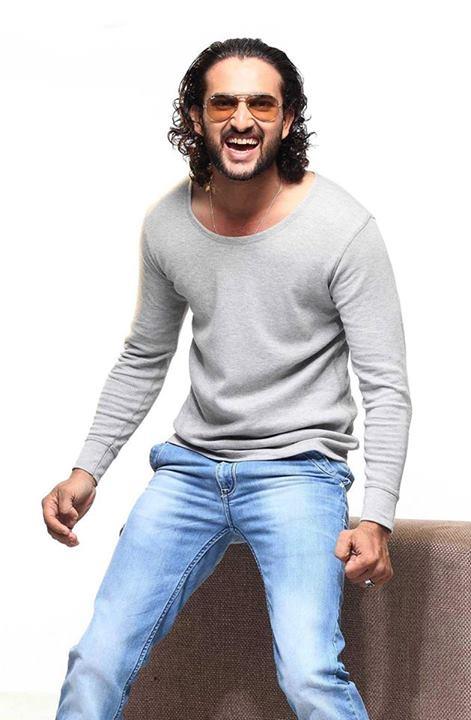 Jiya Irani was born in the Fort Kochi region of Ernakulam district of Central Kerala. He had his formal education from a reputed school in Ernakulam city. After successfully completing the formal education, he was enrolled in a reputed school by his parents. It was during his association with this school he developed a liking for modeling and the feel and look good factor associated with that profession. He used to discuss what he thought about this profession to his peers and parents. Initially, they did not pay much attention to those views aired by him. Since his childhood, he had a quite extrovert personality. Though he was the outspoken sort of guy, he took special care to not to hurt others when he spoke about others. Though he was passionate about modeling that did not come in the way of his education. Since he knew that he needed to be well groomed, he took his education more seriously. At home, he would sit before the mirror and tried to self-teach the mannerisms that were lacking in his normal behavior.

Due to his focused study, Jiya Irani could come up with good grades and marks in SSLC examinations. After that, he joined the plus two course with literature as his specialization. He wanted to specialize in English literature to improve his communication skills in English language. Simultaneously, he began to pay attention to the attire and the hairstyle to improve his ability to appeal to the people. By the time he passed his plus two examinations, he was more or less groomed to become a successful model. He then enrolled himself at a degree college in the city. Again he continued with his specialization in the English language at the degree level. While he was doing his degree, he began attending various fashion events to get acquaintance in the industry.

Stint in the Fashion Industry

During his degree college days, Jiya Irani decided to participate in various fashion events that are held in different parts of the city. The main purpose of this exercise was to get exposure to the world of fashion. He would attend the event and learn from what he had seen in the event and assimilate the same in his mannerism. Slowly he was preparing himself to embrace the big challenge that lay ahead of him in his career in the industry. After a while, he was noticed by the big tickets in the fashion industry. By that time, he had almost single-handedly assimilated all the request traits to become a successful model. So, some of the people tried to interact with him to know about his likes and dislikes. As a result of these fruitful interaction, he could convince the people interacted with him to give him some good assignments in the field. As a result, he began getting some solid works to sell certain brands in the market. Yes, he started getting offers to act in advertisements. Slowly, through the advertisements, he pitched in for many reputed businesses in the state. Through his good works, he earned respect and acceptability in the field. His reputation began to spread across other fields as well.

As his reputation spread, Jiya Irani began to be noticed by the important people in the film industry. At that point in time, one of the directors was looking for a person to act in his movie as a villain. According to the view of the director, he should have a pleasant face and a good physique. After looking at this young lad, the film director decided that he fitted the bill much better than anybody else in the field. So, the movie director approached him with a request for Jiya Irani. During the interaction, the movie director convinced the young guy to act in his film as a villain. Initially, when he began acting, he disliked the negative roles offered to him. However, after some time, he started liking those roles. The film in which he featured during this period was Mullassery Madhavankutty. In this movie, he acted alongside Anoop Menon, Sonal Devraj, Nishanth Sagar, Innocent, Suraj Venjaranmoodu, Hareesri Asokan, etc. This film was directed by Kumar Nanda. The music of the film was scored by Raveendran and Ratheesh Vegha. This film was released in the year 2012. The film did not make any impact at the box office of the state.

Later Stint in the Mollywood

Jiya Irani's second movie was Asuravithu. This film was directed by A.K. Sajan. The film was released in the year 2012 to a negative critical reviews. Hence, this movie did not cause any movement at the box office of the state. In this film, he co-starred with Asif Ali, Maqbool Salman, Samvrutha Sunil, Vijayaraghavan, Lena Abhilash, Siddique, etc. The music of the film was scored by the music director duo of Alphons Joseph and Rajesh Mohan. This film was produced by Shaji Thanaparambil under the banner of Leela Media Release. However, the acting of Jiya Irani was noticed and appreciated by the people, especially the film critics. The negative role he enacted had made an everlasting impact in the minds of the people. Because of this typecasting, he began to be identified as the villain of the movies.

The third movie acted by him was Anandhabhadrasanam. This film was directed by Santhosh Sivan, a cinematographer-turned movie director. In this film, K.P.A.C. Lalitha was in the lead role. She accompanied the young lad Jiya Irani. The film was shot at picturesque locations of Kuttanadu. This film was made a sequel to the earlier movie Anandhabadram. In the movie Anandhabadram, the actor did the job of a cinematographer, capturing some of the finest moments in the movie.

Jiya Irani is an upcoming actor in the Malayalam movie industry. In the movie industry, he primarily did the job of a villain. Before entering into the world of cinema, he was busy with his projects in modeling and advertisement industry. While in the advertisement field, he pitched for many reputed businesses through attractive advertisements. During the same time, he even did some of the commendable works in the fashion industry and earned himself recognition and acceptability. Due to these recognitions and acceptance, he secured a chance to act in the movie titled Mullassery Madhavankutty. Due to his strong physique and rough face, he was given the negative role of a villain in this movie. Though the film did not do well, he gave a memorable performance as a villain. Hence, he got type cast as an eligible villain in different movies. Outside the silver screen, young Jiya Irani is very malleable and soft spoken soul. However, he seems to be enjoying the negative roles very much. He also seems to enjoy photography very much. Recently, he was seen in Bangkok with his new camera. The actor is a novice in photography. Yet, he wanted to take photographs of different objects. According to the words of the actor, he is learning the basics of photography by experimenting with it. In the leisure time, he would like to listen to soothing music and spend some valuable time with his friends and relatives. He also loves reading books.