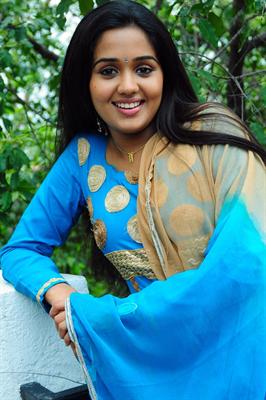 
Ananya, now a well known face among Malayalam youngster actors, made her debut in 2008 through the Malayalam film 'Positive'. But this movie did not made well at the box office and maybe did not even had a minimum expected run in theatres. But this had happened earlier with many of the actors and actresses in their debut films. But in the next year Ananya came back strongly with her first Tamil movie 'Naadodigal'. This was a huge hit and attracted the film lovers and film makers widely. Performance of ananya in 'nadodigal' definetly put herself in among film makers choice. Then this highly talented youngster got many good characters in almost all the three major south Indian languages, that is in Malayalam, Tamil and Telugu. Her acting skills and talent were quite evident when she did the climax part in the mohanlal starred Malayalam film 'Shikar'. She won the 'Vijay Award for the best debut actress' in the year 2009 for her acting in her debut Tamil film 'Naadodigal'.

Through the acting carrier graph of actress ANANYA

Up coming movies of actress ANANYA

Good to see Ananya profile through spiderkerala.Her acting carrier started with positive in 2008.Her full name Ayilya G. Nair and year Birth : 29 – 03 – 1987. i like the following film of her Rahasyapolice , Ithu Nammude Katha,.Positive....Pls let me know any new film of her.

We love to watch her film.