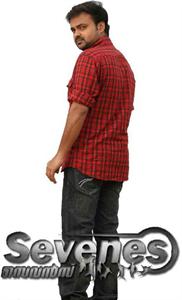 The story is of foot ball team of 7 members of Kozhikode of Kerala running the routine life like any other youth. One of the team Member, Syam (Kunchako Boban) is the leader of the team. He is the son of school teacher of the lower primary school in the fish market area of Kozhikode. Other members are Suraj who is a small time employee of a computer center with a meager salary. He is struggling to make both ends meet. Another member of the team is Shoukath is the son of a porter of the big bazaar. Shoukath is a singer too. 4th member is Sarath who is a superviser of a construction section. 5th member Sathish is a mechanic in a local workshop. Another members is a student whose father is abroad. The 7th member is Pinto whose min job is searching for a job. All the seven are from different backgrounds. As can be presumed their life is struggle. However they have deep interest in Football and music. That is the elixir of their life. By that time the leader of the group come in contact with a girl Gowri (Bhama) and falls in love with her. Gowri happens to be the sister of one Ashok (Mithun) who is a gunda along with another gunda Ramesh (George). Both of them are in the gang of a Beppur Sridharan (Tamil actor Sampathram). Ramesh wants to marry Gowri. When he comes to know of the love of Syam, the real trouble starts for the team. The film has Asif Ali who made an impressive performance in 'Rithu' is in major supporting role in this film. Nadia Moidu is making a comeback in this film as the police officer Amala Viswanath. Another artist Rima Kallungal plays a major role as Divya. There are many other characters played by the cast mentioned above.

The script is by Iqbal Kuttippuram. Iqbal has scripted hit films like '4 the people' and 'Arabikatha'
Director Previous film of Joshy "Christian brothers" was a hit and this film too can be expected to be a hit.