Malayalam Movie of Family audience 'Race' is coming in theaters on February. Kunchakko Boban and Indrajith hit partnership is coming again in main roles in the new movie Race after 'Elsamma ena Ankutty'. Kukku Surendran has directed the film Race on his own script. Kunchakko Boban is played as Dr. Ebi John and Indrajith as Niranjan is coming in this Family movie Race. Race reveals the story of man's never ending race for money in a family back ground.
The latest Malayalam movie Race gives entirely different experience from usual family and youth oriented movie's subjects. When the man run for the money, experiencing unexpected incidents which make audience to think and laugh. 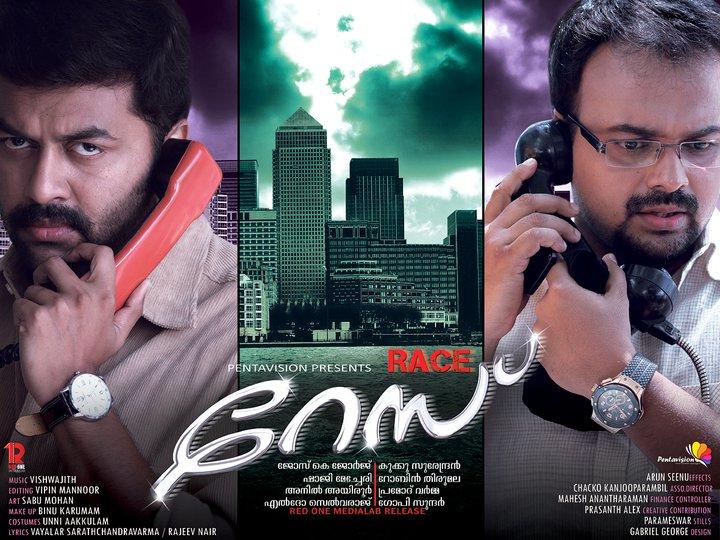 
Dr. Ebi John, who won the IMA award misses his daughter Anu on the day at which he goes for a medical conference. The movie race shows troubles through which Dr. Ebi John going to get beck his daughter. Where his efforts take the story ? What are the tragedies those facing by Dr. Ebi ? These anxieties are the main asset of the film. 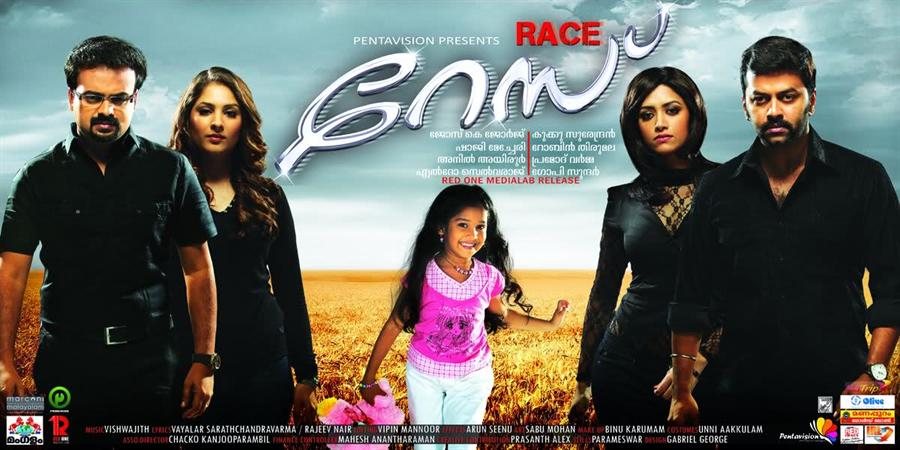 Race movie is a fast paced story and hundred percent family entertainer which is giving shocking and unexpected twists and suspense. Unforeseen Climax and anti climax of the film offers a new changing face. New Malayalam movie Race passing through turns and surprise indicates the current subjects in Kerala and giving good message to malayalee audiences who always welcomes a god theme. 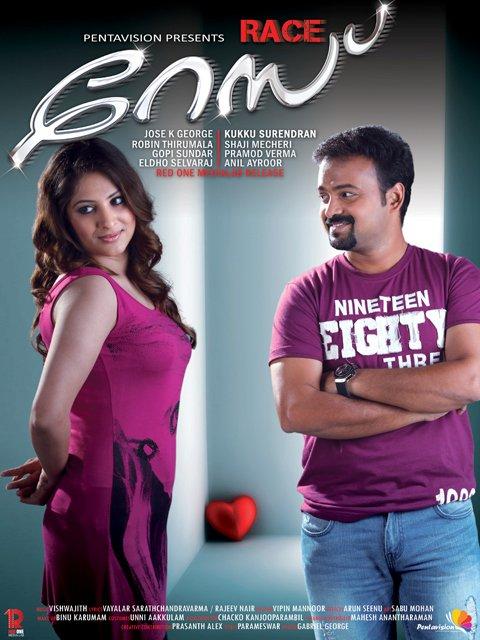 Mamtha Mohandas playing first time opposite to Kunchakko Boban who is played as a father of Anu, played by baby Anakha. The other highlight of the Race is a new face of King of Humor Jagathy Sreekumar. Indrajith (Niranjan, Goury Munjal, Sreejith Revi, Geetha Vijayan and Manikandan are coming in lead roles. Screen play of the Race by Robin Thirumala who also handled the dialogues in the film. Vayalar SarathChandra Varma and Rajiv have penned the lyrics of the songs in the movie Race. The music given by Viswajith and Camera moved by P.K. Varma. Editing is handled by Vipin Mannoor while Art done by Sabu Mohan.

Shaji Mecheri and Jose K. George together produced this movie under the banner of Penta Vision which is famous production company in the Television-Serial field. The movie Race would distribute into theaters on February 11 by Red One Media. 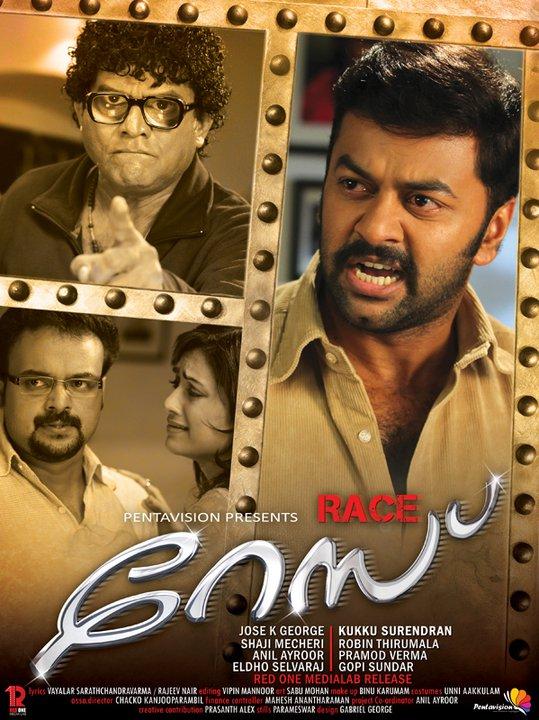