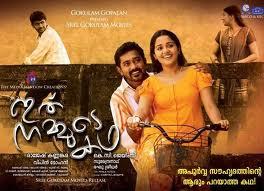 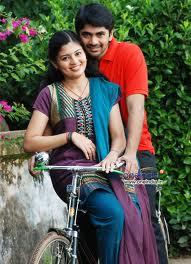 Ithu Nammude Katha, directed by Rajesh Kannankara, is the Malayalam adaptation of the hit Tamil movie Nadodigal. Written by Samuthirakani, the movie tells the story of three intimate friends, Vinod, Santhosh and Kochumon, played by Asif Ali, Nishan and new comer Abhishek. This original Madurai story unravels in the backdrop of Kuttanadu in Kerala. Many successful Malayalam movies were remade in other languages before. But now the trend seems to be undergoing a change. Successful movies in other languages are now being adapted to suit Kerala's social milieu. In this case, the remake comes nowhere near the original. Still the attempt is not bad.

The movie is all about three friends. They are jobless and aspiring to land jobs in the near future. Each one has his ambition. Vinod wants to grab a government job so that he can marry his uncle's (Jagathy) daughter Kalyani (Ananya). Santhosh is after computers, and hopes to open a computer training center. He is in love with Vinod's sister. Kochuman, the third one, is seeking overseas employment. But their plans go haywire when the threesome tries to help their friend Mahesh (Vineeth Kumar) to get married to his lady love Aishwarya. Disasters follow; Vinod loses his grandmother and a prospective government job, Santhosh is deprived of one leg, and Kochumon turns deaf. 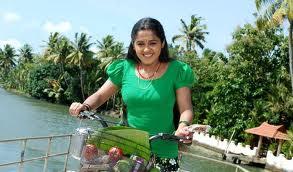 Asif has performed superbly. So is Nishan as the boy with a comic flavor. New comer Abhishek's performance is inspiring. Ananya, the heroine of the original movie, has repeated her good performance here. Jagathy, Saikumar, Devan, Kalaranjini, Bijukuttan, Kaviyoor Ponnamma and Amala Paul have done their parts very well.

One of the pleasing things about this movie is the captivating Kuttanadan landscape. The director wrote the script himself. He has used the beauty of backwaters and the verdant landscape to make the film visually appealing.
The movie is worth one-time watch. But don't take the risk of comparing it with the original.